If you want to keep mixed sex rat mischiefs, population control is one of the first things you’ll need to think of.

But should you spay the females or neuter the males, or both? And does it make sense to spay/neuter your rats even if you only keep same-sex mischiefs?

Let’s have a good look at the pros and cons of spaying and neutering your pet rats, the costs, and the recovery time.

Do Female Rats Need To Be Spayed?

If you’re planning to house your female rat together with unneutered male rats, the answer is a clear, decisive yes!

While many people think they would enjoy breeding their female at least once, this is not a responsible thing to do as a layperson. It’s not always easy to find a home for pups, and caring for a breeding female requires at least an extra cage, plus some experience in the matter.

Best to leave the breeding to the breeders; and spay and neuter your pet rats!

Even if there is no chance of an unwanted pregnancy, your veterinarian will often recommend that you spay your rats anyway. There are various health benefits to spaying your female rats, and it might make them easier to handle1.

Pros of Spaying a Female Rat

Female rats are prone to developing estrogen-dependent tumors as they age, such as mammary gland tumors or pituitary tumors2,3. Spaying decreases the incidence of these tumors.

For example, one study found that 57.2% of unspayed laboratory rats developed mammary tumors and 66% developed pituitary tumors, as opposed to 4% of spayed rats for both types of tumor4.

These numbers might not be quite as drastic for pet rats, but they do speak for themselves!

Another big pro of spaying female pet rats is that they tend to become more docile and easier to handle, as they are not influenced by sex hormones.

Cons of Spaying a Female Rat

On the other hand, a spay is a surgical intervention and thus carries its own risks. Every anesthesia can lead to complications and be potentially fatal, especially for small rodents.

Some might argue that it’s better to avoid the risk of a spay surgery, because you will only need to operate on your rat if she ends up developing a tumor later in her life. However, a spay is an elective surgery on a young and healthy animal, whereas a tumor removal is usually performed on an older, weakened rat and will have a higher risk of complications.

Also, keep in mind that pituitary tumors – once developed – are inoperable.

In some parts of the world, it can be very difficult to find a veterinarian trained to perform a rat spay safely.

Another potential downside is that a spay surgery means separating from her mischief and later re-introducing the female rat, thus potentially causing some unrest in the group.

If you decide to spay your female rat, it’s best to do it early.

Between 4 and 6 months of age is usually a good time for a spay procedure. It’s never too late to spay, but the benefits of the procedure decrease with age.

How Much Does It Cost To Get A Rat Spayed?

The cost of a rat spay procedure will vary widely, depending on the country and even region that you live in. A rough estimate would be between 100 and 300 USD, depending on the type of anesthesia used and the equipment your veterinarian has at their disposal.

Spayed rats do appear to have a longer life expectancy than unspayed rats2,4. This doesn’t mean that spaying your rats will guarantee them a long life, but it seems to increase their chances.

Keep in mind that unspayed rats can still develop non-estrogen-associated tumors or other diseases, such as respiratory tract infections, that will affect their lifespan.

Right after the spay procedure, your rat may still be groggy from the anesthesia. Your veterinarian will discharge your rat with a pain medication prescription.

Rats should never be fasted, neither before nor after a procedure, so you can offer food and water right away.

For the first 2-3 days, you should house your spayed female alone, in a one-level cage, on a cloth (e.g. fleece) or paper towel bedding5. Remove any objects your rat could climb on or fall from.

You should monitor the rat closely, checking if she is eating and drinking, peeing and pooping, and whether the incision site looks okay. If she starts chewing her sutures, distract her immediately and call you vet right away.

After 2-3 days, you can allow your rat supervised contact with her cage-mates. If all goes well and the other rats don’t try to bite the spay incision site or show aggressive behavior, the female can be re-introduced to the group.

It could take another few days until your rat is back to normal. About 10-14 days after the surgery, the incision site should be healed (check with your vet whether the sutures need to be removed) and your rat should be back to her active, happy self.

Should You Neuter Your Pet Rat?

If you plan on housing your male rat with unspayed females, then you should absolutely neuter the buck! Rat populations will grow exponentially when left to breed as they please, and you will soon find yourself with more pups than you can find homes for.

If, on the other hand, you plan on keeping a male-only mischief, or your females are spayed, the answer is not so clear-cut.

There are many benefits to neutering rats – they tend to be less aggressive and easier to integrate in groups, and they are thought to be cuddlier.

As opposed to spaying female rats, castration in males does not have as many obvious health benefits for the rat, so the decision often comes down to the owner’s preference. Let’s go through all the pros and cons…

Pros of Neutering a Male Rat

The most cited reason for neutering bucks is to cut down on urine marking behavior.

Rats will often dribble little droplets of pee as they move around the cage – this is a means of communication for them. However, it can be very undesirable for owners, and thankfully it can be reduced by neutering.

A study that looked at urine marking before and after castration found that two months after neutering, the bucks marked only about 3% as often as they did before the procedure6.

Other studies showed higher numbers, but all researchers agree that urine marking is significantly decreased after neutering.

Another big advantage of neutered males is that they show less aggressive behavior towards their cage-mates7,8. Keep in mind, though, that neutering one male can disrupt the hierarchy in the whole group, which can in turn be a source of conflict9.

If you decide to go ahead with castration, it’s best to neuter all your male rats at the same time, not just one particularly dominant individual. And keep in mind that though neutering reduces aggression, it does not eliminate it altogether.

Obviously, neutered rats can no longer develop testicular cancer, which is another beneficial effect of castration.

Cons of Neutering a Male Rat

A possible downside to neutering is, of course, the surgery itself. Anesthesia always poses a risk, especially in small rodents. However, a castration is not a major procedure, and the anesthesia is short.

Another con to castration is the potential for obesity – the hormone changes can cause male rats to eat more and store more body fat10.

If you do decide to neuter your male pet rats, it’s best to it when they are still young. Male rats can be neutered as early as 8 weeks of age, although it’s better to wait until they have reached 3 months.

How Much Does It Cost To Neuter A Rat?

The cost of rat castration will vary depending on where you are located. Since it’s a quick and easy surgery, it’s less pricey than spaying female rats. You should expect to pay between 50 and 100 USD for a neuter procedure in a male rat.

Just like female rats, male rats tend to live longer when neutered. The effect is not quite as strong as in females, though, and the average lifespan is only moderately prolonged10. The effect seems to be stronger the younger the buck is at the time of castration11.

Bear in mind that regular exercise and restricted food intake prolong lifespan more than neutering does10. Neutered rats are prone to obesity and tend to be less active, so they might require extra motivation in that department.

Right after the spay procedure, your rat may still be groggy from the anesthesia. Your veterinarian will discharge your rat with a pain medication prescription.

Rats should never be fasted, neither before nor after a procedure, so you can offer food and water right away.

For the first 2-3 days, you should house your neutered male alone, in a one-level cage, on a cloth (e.g. fleece) or paper towel bedding12. Remove any objects your rat could climb on or fall from.

You should monitor the rat closely, checking if he is eating and drinking, peeing and pooping, and whether the wound looks okay.

After 24 hours, your rat can have supervised playtime with his cage-mates. If all goes well, the male can be re-introduced to the mischief after 2 to 3 days.

Testosterone levels decrease slowly after castration, so you may notice ongoing sexual or aggressive behavior for up to two weeks after the procedure. Neutered males may keep mounting females all their lives.

Sperm can remain viable for several weeks13 – to be completely safe, you should keep the neutered male separate from unspayed females for at least 6 weeks.

However, many shelters and rescue organizations have the neutered bucks re-join the mischief after 10 days only, and anecdotally, this does not seem to result in unwanted pregnancy.

There are benefits and risks associated with spaying or neutering your pet rat. For many pet owners, the benefits outweigh the risks. Especially when you have mixed sex mischiefs and the aim is to avoid unwanted pregnancies!

When you do decide to neuter or spay your pet rat, it is important to do your research and find a qualified veterinarian that is experienced with the procedure. Some will be more experienced with small animal care than others.

Acquaint yourself with signs of infection and other complications and seek immediate veterinary care if needed. 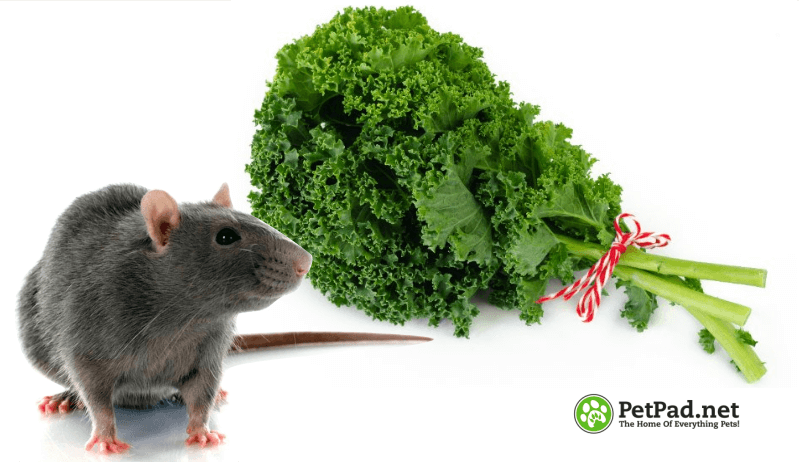 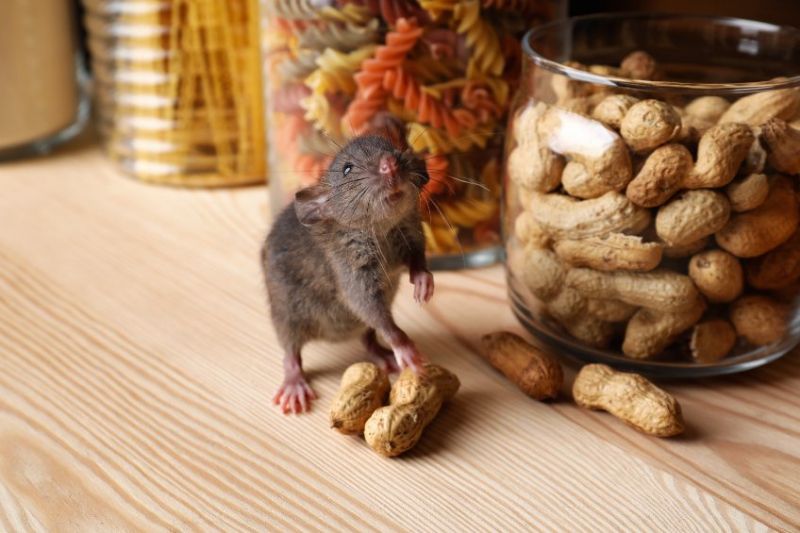