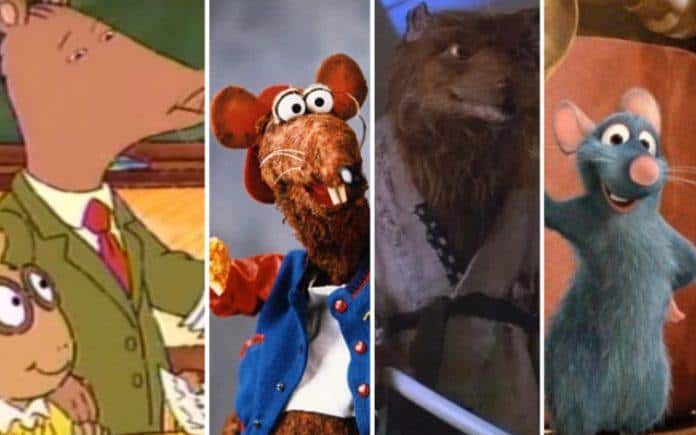 Choosing a unique name for your pet rat can be tough – especially when you consider how different each rat can be! Luckily, by looking at our favorite works of fiction (whether it be a movie, television show, or book) we can draw up some inspiration from the greatest rats of all time and narrow down the list of perfect names for our new rat pal.

Here are 13 famous rat names from cartoon rats to rats in movies. They should help inspire a name for your very own little rat friend:

In 2007, we were introduced to Remy the rat in Pixar’s box-office hit, Ratatouille. We watched as the lovable protagonist followed his dreams of becoming a French chef while facing different obstacles along the way. He taught us that anything is possible and that it’s okay to follow your passion despite societal/familial expectations.

Remy was voiced by stand-up comedian, Patton Oswalt. If you aren’t familiar with his stand-up, you might remember Patton from the following television series: The King of Queens, Reno 911! and Justified.

We think Remy would be the perfect name for a rat who is a brave character and stands out from the others in his mischief.

If you grew up in the late 80s and 90s, you probably watched Teenage Mutant Ninja Turtles during your usual Saturday morning cartoon binge. But how much do you remember about the turtles’ sensei, Master Splinter?

Splinter started the series as a human named Hamato Yoshi who found himself living in a New York City sewer in the company of rats after being forced away from his life in Japan. Following exposure to a strange substance, Yoshi becomes humanoid along with the four turtles he had rescued days earlier. A powerful master of Ninjutsu, Splinter acted as a guiding force for Leonardo, Michelangelo, Raphael, and Donatello. He trained with them diligently and instilled a strong sense of honor in all four turtles.

In the original television series (1987), Master Splinter was voiced by Peter Renaday. You might recognize his voice from other cartoons such as Gargoyles, Animaniacs, and The Transformers.

Master Splinter is one of the best rat characters and a great name if you are bringing home an older rat to add to your mischief.

3) Socrates from the movie Willard

If you’re into obscure horror movies, you’ve probably seen the movie Willard once or twice. If you haven’t – it’s about a social outcast named Willard who bonds with the rats living in the house, he shares with his ill mother. After facing verbal abuse from his boss and learning he can control rats, he decides to train his army of rats to act out his revenge. You can probably guess how well that turned out for our friend, Willard.

Willard bonds with one rat, who he names Socrates. Socrates acts as his confidante and chosen leader for his army. While we hope you aren’t looking to create your own rat army, Socrates is a good name to consider for the rat you have a special bond with!

4) Rizzo the Rat from The Muppets Show

Rizzo the Rat was introduced to The Muppets Show on February 7, 1980 and appeared as both a background and principal character until voice actor, Steve Whitmire’s departure from the show in 2016.

Rizzo was known for his sarcastic personality and lewd sense of humor that occasionally required the series to film alternate lines to avoid hiccups with censors. If your rat has a particularly quirky personality, you might want to consider naming him Rizzo.

Bonus: An important aspect of Rizzo’s character is his close friendship with Gonzo the Great. If you are looking at naming a pair of rats, we hope you add this combination to the ‘maybe’ pile! 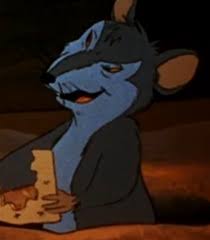 Templeton is a character from the classic children’s novel Charlotte’s Web, written by E.B. White. If the author’s name sounds familiar, you might remember it from other children’s classics such as Stuart Little and The Trumpet of the Swan.

Templeton has a bad reputation and we get it – he’s rude and self-serving. But he has some redeeming qualities too. He helped save Wilbur from meeting his fate as a livestock pig, and he helped Wilbur save Charlotte’s eggs.

If you have a rat that is prone to stealing treats and appearing standoffish, Templeton might be the perfect name! 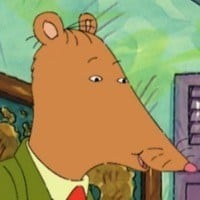 If you grew up loving Marc Brown’s lovable collection of Arthur books like I did, there is a good chance you watched the television series when it aired on PBS Kids. But if you didn’t or you need a refresher – Nigel Ratburn is Arthur’s third grade teacher throughout the entire series.

At first, Nigel might be regarded as a tough teacher because of the large amount of assignments and projects he assigns his young students.  Once you get to know him though, you’ll find that he is good-natured and genuinely cares for all the children in his class.

If you have a friendly rat that seems to take on a caring role for the rest of your mischief, you might want to consider using the name Nigel Ratburn.

7) Professor Ratigan from the movie The Great Mouse Detective

Professor Ratigan is the main antagonist in Disney’s The Great Mouse Detective. You might remember him as the rat who hated being called a rat, often preferring to be called a “big mouse” because he was more sophisticated than that. However, it the end it is discovered to be a ruse and he can’t hide his feral ways.

In the original movie, Professor Ratigan was voiced by the late Vincent Price. Mostly known for his work in the horror genre, he starred in movies The Abominable Dr. Phibes and House on Haunted Hill.

If you have a rat who is a bit of a jerk (or you want to honor your dark side!) this might be the most appropriate name on the list.

8) Scabbers from the Harry Potter series

If you aren’t familiar with the Harry Potter series, Scabbers is Ron Weasley’s beloved pet rat. Although he insists Scabbers is a useless old rat, the two had a special bond as shown by Scabbers defending Ron against a bully named Goyle in the first book of the series.

In the third book, Scabbers is revealed to be a cowardly wizard named Peter Pettigrew, a friend of the title character’s late father who took the form of a rat to hide from his master Lord Voldemort, the series’ antagonist. Thinking only of himself for most of his life, he met his demise when he betrayed Voldemort’s orders to kill Harry Potter.

Although his real form is far from admirable, we still think Scabbers is an adorable name for a pet rat and a great way to honor your love for the series.

Another choice from the movie Ratatouille, Emile is the supportive older brother of Remy.  Emile is an honorable character who remains loyal to his brother, even at the cost of upsetting their father, Django.

With the help of their colony, Emile frees Remy from the movie’s villain, Skinner. We think Emile is a great name for your most friendly, loyal rat or in conjunction with Remy for a pair of rats.

Emile was voiced by Peter Sohn, a storyboard artist and animator known for his work on other Pixar films like Finding Nemo, The Incredibles, and Wall-E.

10) Ratbert from the comic series Dilbert

Ratbert first appeared in the comic series Dilbert on July 23, 1990. He started his role in the series as a lab rat in a macaroni and cheese experiment but soon escaped, finding his new home at Dilbert’s house. Although he wasn’t accepted into the house right away, he eventually won everyone over… including Dilbert.

Ratbert is portrayed as being innocent and gullible and having a positive outlook on life. Like most of us, he longs to be accepted and loved by his peers. If you have a particularly lovable and friendly rat and you are a fan of Dilbert, Ratbert is the perfect name!

11) Nicodemus from the movie The Secret of NIMH

Nicodemus is the wise and kind leader of the rats in the movie The Secret of Nimh. He is an honorable character who sacrificed his own life to save the life of another character, Mrs. Brisby. Nicodemus is a great name for your rat if you enjoy the series and want to honor the humble prophet.

English actor, Derek Jacobi, voiced Nicodemus. You might recognize his name from movies The Gladiator and Underworld: Evolution or the series Doctor Who where he portrayed Professor Yana in 2007.

12) Cluny the Scourge from the series Redwall

If you’re a fan of Brian Jacques’ series Redwall, choosing to name your rat after Cluny the Scourge might be an obvious choice.

Cluny is a villain in the series, described as unusually intelligent, strong, and agile. His weapon of choice is his own tail, which he uses as a scourge (a whip-like weapon). He is incredibly destructive earning his title as most infamous villain in the series. He met his demise in the first book of the series.

If your rat is particularly destructive, Cluny might be a fitting name for him!

Steve McQueen came into the main character House’s life when he wanted to impress his ex-girlfriend, Stacy Warner, by capturing the rat that was living in her home. House became attached to the rat, naming him Steve McQueen and taking him to the hospital he worked at for treatment.

In a later episode, Steve McQueen is referenced when House tells a patient he enjoyed his life with Steve McQueen more than the patient did with his wife.

Although it isn’t stated in the episode, we can assume House named the rat after the late actor Steve McQueen. If you’re a diehard fan of House or the actor, Steve McQueen is the choice for you! 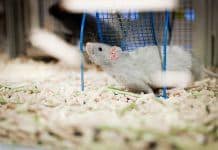 Best Bedding for Rats That Is Safe & Good For Odors 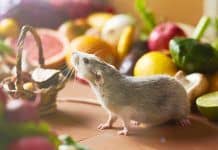 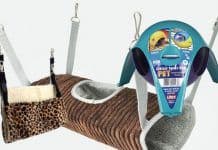