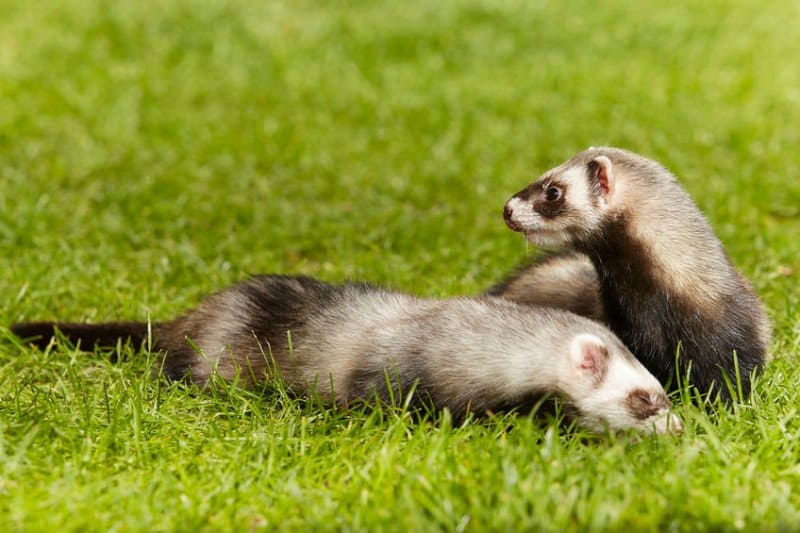 For animal lovers who are partial to having unusual pets, Ferrets are a popular choice, ranking 3rd in the list of favorite pets, after cats and dogs. It’s important to know what’s the difference between wild ferrets and pets, to ensure a happy relationship without any headaches or legal issues. 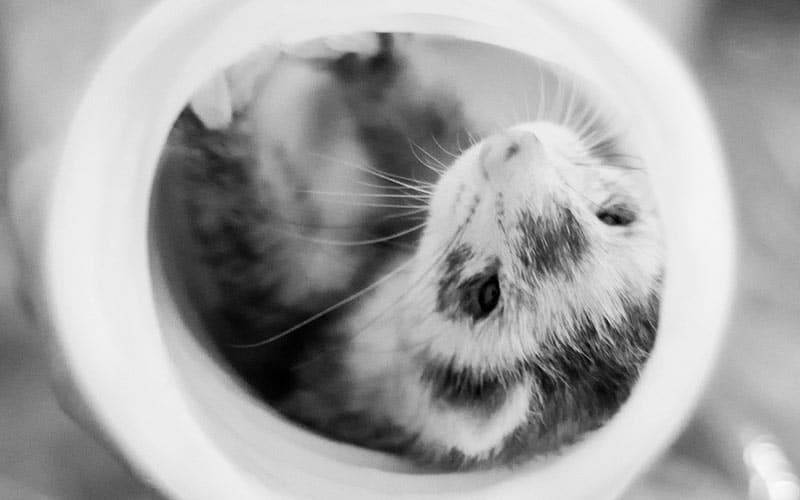 Most Ferrets are domesticated and have been since over 2,500 years ago, when they were bred from European Polecats or Steppe Polecats. Not to be confused with skunks (the name Polecat is only used colloquially for these stinky creatures), Ferrets can defend themselves the same way.

Possessing a long and slender body, pet Ferrets are small and furry, with short legs, long claws and a cone-shaped nose, with long tails. They are related to minks, weasels, ermines and wolverines, but there are no naturally wild domesticated Ferrets.

Pet Ferrets do not survive for long if they escape or are released into the wild, so if you want to bring one or more home, be sure to keep them safe inside the home with access to a large, clean cage. Domesticated members of the Order Carnivora, Ferrets are meat eaters.

Domesticated Ferrets come in a wide range of colors, such as white with dark eyes, sable or black sable, albino, silver, chocolate and cinnamon. Shaped like a zucchini, they can weigh from 1 to 5.5 pounds and can measure from 8 to 18 inches head to toe, with tails that are close to half the length of their bodies.

They have long, canine teeth like dogs and the males weigh less if neutered. Ferrets are said to have a musky odor, which is why some people say they’re unclean, although when neutered the smell is minimal, unless they are defending themselves by releasing a burst from their scent glands.

Lastly, Ferrets are not rodents, as supposed by many people. They are members of the weasel or mustelid family, unlike rats, mice or guinea pigs, which belong to the order of Rodentia. 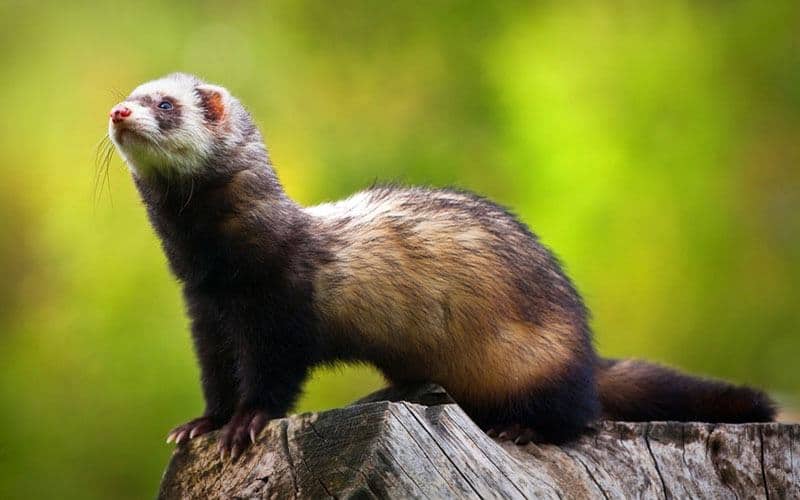 A wild and endangered species is called the Black Footed Ferret, which was nearly wiped out due to farming practices that controlled their main food source: the Prairie dog. Native to the Midwestern states in North America, these wild ferrets have distinctive black and tan colorings, especially on their feet.

It is illegal to own the Black Footed Ferret, due to its endangered status, and you can only get a permit for one if you’re a scientist or involved in a captive breeding program. Unlike wild ferrets, domesticated ferrets can only last a few days if they make it into the wild.

What’s Involved with Caring for a Pet ferret?

Before bringing a Ferret or any pet home, it’s crucial to do your homework to make sure you have what it takes to care for them. Ferrets can be trained to use a litterbox like cats, with a little patience, and while they usually live in good-sized cages, they need at least 4 hours a day to exercise and play.

Pet ferrets thrive in temperatures between 50 to 80 degrees Fahrenheit and while they are meat-eaters, they typically eat special chow from the pet store. A good diet would include 36% protein and 20% fat with a low carbohydrate intake.

These friendly little characters will adjust their sleeping schedule to suit their owners, which isn’t saying much because they love to sleep – sometimes up to 18 hours per day. Pet Ferrets have the combined features of owning a cat and a dog along with their own unique personalities.

They can be quiet and affectionate as well as being playful and mischievous. Ferrets enjoy interaction with their owners and have the dual capacity for being independent as well as social. The males are called “hobs” while the females are known as “jills” and their babies are “kits.”

A group of Ferrets is called a “business” and they can be:

One thing to remember, whether wild or domesticated, Ferrets do bite, however your pet Ferret won’t bite if they are handled carefully and not put in a stressful situation. They can live up to 12 years of age in captivity, while the lifespan of wild Ferrets is lower.

The Similarities Between Wild And Pet Ferrets

One major factor is the happy dance they do, usually when it’s feeding time. Ferrets like to arch their backs and hop around with their mouths wide open when they’re about to eat and they enjoy wrestling each other, especially when they’re young.

Both wild and domesticated Ferrets can clean themselves, so you don’t have to worry about washing them unless they get too dirty. They both like to nest and are quite resourceful, and since they both have natural hunting abilities, you need to careful when introducing your pet Ferret to the other animals in your home.

The Differences Between Wild And Pet Ferrets

While the Ferrets who live in the wild have a wider choice of food if they can’t find Prairie dogs, like small mammals, lizards and bird’s eggs, their choices are limited. Wild Ferrets are usually nocturnal and can be voracious hunters, while pet Ferrets can adjust their sleeping patterns.

The behaviors exhibited by pet Ferrets are largely due to their lengthy history of domestication, with human interaction and learned habits from their owners. Wild Ferrets have their own agendas and imperatives, especially when contact with humans is limited.

Pet Ferrets are fond of stealing, so keep an eye on them as they wander around your home. Curious and intelligent, if they find something they like they’ll take ownership and even destroy them, as well as any wires or cables in your home, by chewing through them.

Wild Ferrets are mostly solitary unless looking after their babies, however pet Ferrets are happy to be in a group. If you decide to take the leap and get a Ferret of your own, be aware that they are banned in some states and wild Ferrets that are endangered cannot be kept as pets.

There are many Ferret devotees all over the world, who understand their particular needs and how they make great companions, but if you’re still wondering what’s the difference between wild Ferrets and pets, keep reading to learn more!