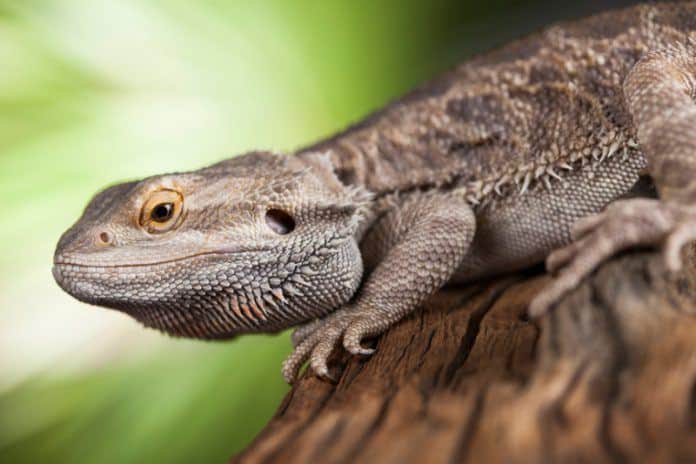 Bearded dragons or ‘Beardies’ are one of the most popular reptiles in North America. But how much do you really know about your bearded friend? Keep reading to find out.

If you already have one, you’ll know  a lot of these things already, but you just might learn something new. People thinking of getting a beardie should pay close attention! 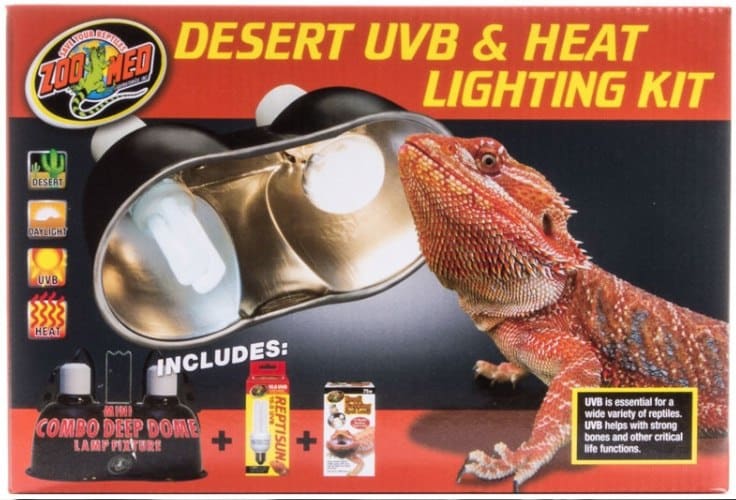 Bearded dragons originate from the deserts of Australia, so naturally they require environments that provide plenty of light, warmth, and moisture to live healthy and happy lives.

For temperature, it’s recommended that you keep one side of the enclosure warmer using a basking light. This allocates room for both basking in the heat and cooling down. For basking, adult bearded dragons prefer a range of 90°F – 115°F and for cooling off, 80°F – 90°F is enough. The temperature should drop to 70°F – 75°F at night so your little pal can rest.

Bearded dragons might love light and heat but they’re not fans of high humidity. By using a humidity gauge and screen top on your enclosure you should be able to keep humidity levels low.

2) They Sleep At Night

If you’re worried about missing bonding time with your new pal or being kept awake at night, have no fear! Unlike most reptiles, bearded dragons are diurnal meaning they are active during the day and rest during the night.

To help them sleep soundly, keep their environment dark and avoid the red incandescent light bulbs found in the reptile section of most pet stores. If you need to supplement warmth, you can use an under-tank heating pad instead of a light.

Most bearded dragons live between 8 – 10 years but with improvements in equipment and knowledge it’s not unusual to hear about lifespans reaching upwards to 15 years.

If you have heard that bearded dragons have short lifespans, it’s usually due to poor breeding, misinformation leading to poor care, or lack of veterinary care.

To help give your bearded dragon live its best life, ensure their environment is setup according to their needs, their dietary needs are being fulfilled, and accessing veterinary care when required.

4) Bearded Dragons Have A Brumation Period

Brumation is the reptile equivalent of hibernation and occurs in nature during times when temperatures drop, and food is scarce. Even though domesticated bearded dragons don’t have to worry about these things happening in their environment, it’s hard to let go of survival instinct.

You will know when your little pal is going through brumation from their lack of appetite and lethargic behavior. There is no set month for brumation to occur, but it’ll likely happen when the weather cools down locally. It can last anywhere from a few weeks to four months.

5) They Come In Different Colors And Patterns 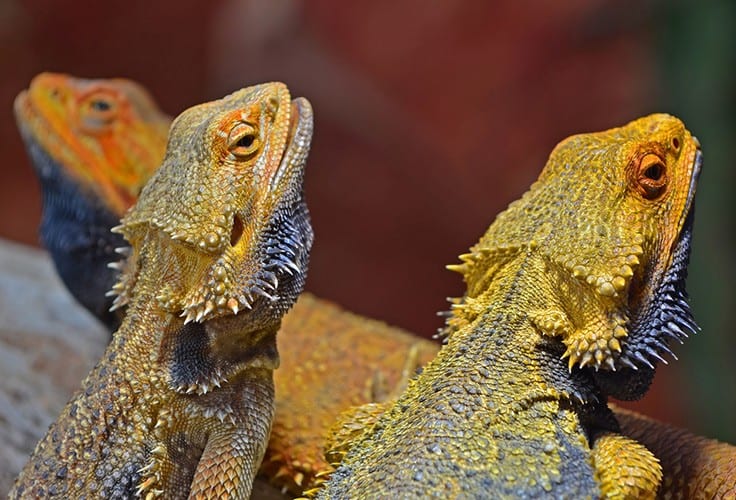 When you hear “bearded dragon”, you likely about the color most of us are familiar with – sandy brown. However, they come in a variety of colors and patterns, some that are rarer than others.

From fire engine red to beautiful shades of blue, you’ll find a color that catches your attention. Like people, bearded dragons also come in a variety of sizes and body types otherwise known as morphs.

If you’re shopping for a new enclosure for your adult bearded dragon, the consensus is a length that is three times longer than your bearded dragon. With this rule, you will probably be looking at aquariums that are at least 125-gallons (72 x 18 x 16 inches) in size.

This might seem like a lot, but adult bearded dragons can reach 2 feet in length and need a lot of space to accommodate separate basking and cooling off areas.

7) They Are Solitary Animals

Don’t worry about housing your bearded dragon with a roommate – they don’t want one. Bearded dragons prefer living in solitude and will fight/cause harm to one another when given the opportunity. Effects of living in pairs include increased illness, stress, failure to thrive, mutation, injuries, and death.

8) They Have Unusual Teeth

Bearded dragons are known to have strong jaws and sharp teeth, but did you know that their front teeth regularly shed and grow back? This is a normal function and helps keep these teeth sharp for their task of grasping and tearing food.

Unlike the front teeth, their side teeth used primarily for chewing vegetable matter, are permanent and fused to the jaw so if your dragon happens to lose any, seek advice from your veterinary immediately.

9) Bearded Dragons Have An Extensive Diet

Bearded dragons are omnivores, so they will need to eat a combination of meat (usually bugs) and plants to meet their nutritional requirements. Popular choices of bugs include butterworms, earthworms, cockroaches, crickets, and superworms.

To ensure bugs are free of parasites and pesticides, it’s recommended that you purchase directly from a pet store instead of feeding your bearded dragon anything found in your house or outside. Bearded dragons can eat a variety of fruit and vegetables including apples, plums, strawberries, bell peppers, carrots, and kale.

Bearded dragons only make one noise – a distinct hiss when feeling threatened. Instead, they communicate through body language. A common behavior is called arm waving. This is when a bearded dragon stands on three legs and waves the remaining leg in a circular motion.

This behavior is believed to indicate submission or species recognition. A second behavior, head bobbing, is commonly used between two dragons to signify dominance for breeding or territorial reasons. Other well-known behaviors include bearding, digging, and tail twitching. 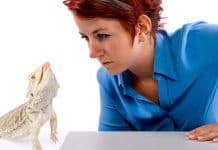 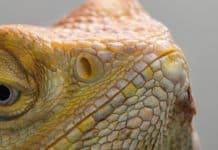 18 Common Types of Bearded Dragon Behavior & What It Means